We are saddened to inform you that Dr. Jardeleza will no longer be with our practice as of March 5th, 2021.  Her family is relocating to Tennessee and we wish her the best.

San Antonio Eye Center will remain the custodian of your records and is actively interviewing retina physicians to take her place and to help with patient care.  If you have any urgent eye care needs Dr. Dyer will be available and will also be taking care of injection patients until we find another physician. 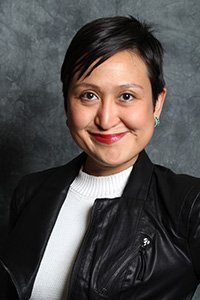 Dr. Maria Stephanie Jardeleza is a board certified ophthalmologist who is fellowship trained in Clinical and Surgical Diseases of the Vitreous and Retina. She was born in Manila, Philippines and has spent over 10 years completing her medical and surgical training in Ophthalmology and Vitreo-retinal surgery in the United States.

Dr. Jardeleza received her Bachelor of Science in Biology and her medical degree from the University of the Philippines. She completed an Ocular Pathology fellowship at the Wilmer Eye Institute Johns Hopkins Hospital Department of Ophthalmology. She underwent residency training in Ophthalmology at Boston University Medical Center. She pursued a highly competitive and rigorous clinical fellowship in Diseases and Surgery of the Retina and Vitreous at the Massachusetts Eye and Ear Infirmary-Harvard Medical School program.

Dr. Jardeleza is the former medical director of Ophthalmology at the Texas Diabetes Institute (TDI). As the primary vitreo-retinal surgeon at the TDI, she has performed hundreds of retinal lasers, intravitreal injections and complex diabetic vitrectomy surgeries. She also served as the Chief of the Retina Services at UTHSCSA for 4 years and coordinated provision of retinal care for 3 clinical sites. She also provided clinical care and primary coverage for vitreo-retinal emergencies at University Hospital San Antonio and is well versed in the surgical management of ocular trauma and complex retinal detachments. She has trained Ophthalmology residents of UTHSCSA in medical and surgical management of retinal diseases, several of whom are now retina-trained subspecialists throughout the nation. She is an active clinician-scientist and an author of multiple journal articles and book chapters.

In her spare time, Dr. Jardeleza participates in short and mid-distance runs supporting various charitable causes. She has completed the St. Jude Children’s Hospital half marathon and several 5 and 10-K runs supporting victims of child abuse and domestic violence. She also enjoys spending time with her family, reading, attending barre classes, and exploring the food and barbecue scene in the city.